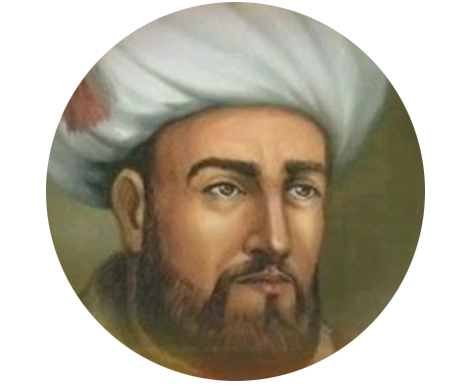 Al-Ghazali (c. 1058 – 19 December 1111) was a medieval Muslim theologian, jurist, philosopher, and mystic of Persian origin. He was a Sufi, and is credited with having initiated a rapprochement between Islamic orthodoxy and Sufi tradition. His religious apologetic work Tahāfut al-Falāsifa ("Incoherence of the Philosophers") favors Muslim faith over philosophy and was extremely influential in turning medieval Muslim thought away from Aristotelianism, philosophical debate and theological speculation, leading to the eventual defeat of the rational Persian Mutazilite by the Sunni Asharite school of theological belief. Within Islamic myth he is considered to be a Mujaddid or renewer of the faith, who, according to the prophetic hadith, appears once every century to restore the faith of the ummah ("the Islamic Community"). His works were so highly acclaimed by his contemporaries that al-Ghazali was awarded the honorific title "Proof of Islam"(Hujjat al-Islam) 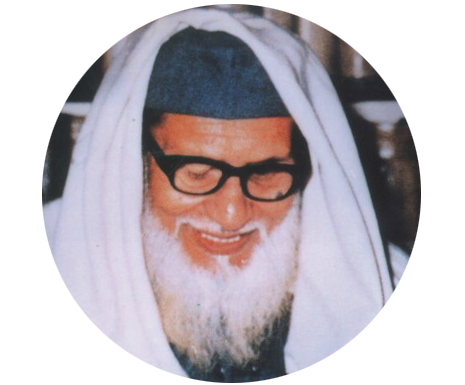 Abul Hasan Ali Hasani Nadwi (24 November 1914 - 31 December 1999) also spelt Abul Hasan Ali Hasani Nadvi was an Indian, Islamic scholar, and author of over fifty books in various languages. He was one of the most important theorists of the revivalist movement. He received his early education at his home in Takia, Raebareli, Uttar Pradesh, India. His mother initiated his early training in Quranic studies; he later entered formal education in Arabic, Persian and Urdu. His father, Hakim Syed Abdul Hai, wrote an 8-volumes Arabic encyclopaedia called Nuzhat al Khawatir (biographical notices of more than 5,000 theologian and jurists of the Sub-continent).[7] Nadwi received most of his advanced education at the Dar al-'Ulum of the Nadwat al-'Ulama in Lucknow.

The believed date of al-Ghazali's birth, as given by Ibn al-Jawzi, is AH 450 (1058/9). Modern estimates place it at AH 448 (1056/7), on the basis of certain statements in al-Ghazali's correspondence and autobiography.

He was born in Tabaran, a town in the district of Tus, Khorasan (today part of Iran). A posthumous tradition—the authenticity of which has been questioned in recent scholarship—tells that his father, a man "of Persian descent", died in poverty and left the young al-Ghazali and his brother Ahmad to the care of a Sufi. Al-Ghazali's contemporary and first biographer, 'Abd al-Ghafir al-Farisi, records merely that al-Ghazali began to receive instruction in fiqh (Islamic jurisprudence) from Ahmad al-Radhakani, a local teacher.

He later studied under al-Juwayni, the distinguished jurist and theologian and "the most outstanding Muslim scholar of his time", in Nishapur, perhaps after a period of study in Gurgan. After al-Juwayni's death in 1085, al-Ghazali departed from Nishapur and joined the court of Nizam al-Mulk, the powerful vizier of the Seljuq sultans, which was likely centered in Isfahan. After bestowing upon him the titles of "Brilliance of the Religion" and "Eminence among the Religious Leaders", Nizam al-Mulk advanced al-Ghazali in July 1091 to the "most prestigious and most challenging" professorial at the time, in the Nizamiyya madrasa in Baghdad.

He underwent a spiritual crisis in 1095, and consequently abandoned his career and left Baghdad on the pretext of going on pilgrimage to Mecca. Making arrangements for his family, he disposed of his wealth and adopted an ascetic lifestyle. According to biographer, Duncan B. Macdonald, the purpose of abstaining from scholastic work was to confront the spiritual experience and more ordinary understanding of "the Word and the Traditions". After some time in Damascus and Jerusalem, with a visit to Medina and Mecca in 1096, he returned to Tus to spend the next several years in 'uzla (seclusion). This seclusion consisted in abstaining from teaching at state-sponsored institutions, though he continued to publish, to receive visitors, and to teach in the zawiya (private madrasa) and khanqah (Sufi monastery) that he had built.

Fakhr al-Mulk, grand vizier to Ahmad Sanjar, pressed al-Ghazali to return to the Nizamiyya in Nishapur; al-Ghazali reluctantly capitulated in 1106, fearing (rightly) that he and his teachings would meet with resistance and controversy. He later returned to Tus, and declined an invitation in 1110 from the grand vizier of Muhammad I to return to Baghdad. He died on 19 December 1111.

The Most significant of al-Ghazali's major works is Ihya' Ulum al-Din or Ihya'u Ulumiddin (The Revival of Religious Sciences). It covers almost all fields of Islamic sciences: fiqh (Islamic jurisprudence), kalam (theology) and sufism.

It contains four major sections: Acts of worship (Rub' al-'ibadat), Norms of Daily Life (Rub' al-'adatat), The ways to Perdition (Rub' al-muhlikat) and The Ways to Salvation (Rub' al-munjiyat). The Ihya became the most frequently recited Islamic text after the Qur'an and the hadith. Its great achievement was to bring orthodox Sunni theology and Sufi mysticism together in a useful, comprehensive guide to every aspect of Muslim life and death. The book was well received by Islamic scholars such as Nawawi who stated that: "Were the books of Islam all to be lost, excepting only the Ihya', it would suffice to replace them all."

Ghazali rewrote The Revival of Religious Sciences in Persian to reach a larger audience; he published this book under the name The Alchemy of Happiness.

Al-Ghazali had an important influence on both later Muslim philosophers and Christian medieval philosophers. Margaret Smith writes in her book Al-Ghazali: The Mystic (London 1944): "There can be no doubt that al-Ghazali’s works would be among the first to attract the attention of these European scholars" (page 220). Then she emphasizes, "The greatest of these Christian writers who was influenced by al-Ghazali was St. Thomas Aquinas (1225–1274), who made a study of the Arabic writers and admitted his indebtedness to them, having studied at the University of Naples where the influence of Arab literature and culture was predominant at the time." In addition, Aquinas' interest in Islamic studies could be attributed to the infiltration of ‘Latin Averroism’ in the 13th century, especially at the University of Paris.

The period following Ghazali has "has tentatively been called the Golden Age of Arabic philosophy" initiated by Ghazali's successful integration of logic into the Islamic seminary Madrasah curriculum.

Al-Ghazali also played a major role in integrating Sufism with Shariah. He was also the first to present a formal description of Sufism in his works. His works also strengthened the status of Sunni Islam against other schools. The Batinite (Ismailism) had emerged in Persian territories and were gaining more and more power during al-Ghazali's period, as Nizam al-Mulk was assassinated by the members of Ismailis. Al-Ghazali strongly rejected their ideology and wrote several books on criticism of Baatinyas which significantly weakened their status.

Al-Ghazali succeeded in gaining widespread acceptance for Sufism at the expense of philosophy. At the same time, in his refutation of philosophers he made use of their philosophical categories and thus helped to give them wider circulation.

His reforms are widely seen as having initiated the decline of scientific research in the Islamic world.[by whom?] Against this view, Saliba (2007) has given a number of examples especially of astronomical research flourishing after the time of al-Ghazali.

According to William Montgomery Watt, Al-Ghazali considered himself to be the Mujaddid (Revivier) of his age. Many, perhaps most, later Muslims concurred and according to Watt, some have even considered him to be the greatest Muslim after the Prophet Muhammad.


He was called The Proof of Islam and undoubtedly was worthy of the name, absolutely trustworthy (in respect of the Faith) How many an epitome (has he given) us setting forth the basic principles of religion: how much that was repetitive has he summarised, and epitomised what was lengthy. How many a simple explanation has he given us of what was hard to fathom, with brief elucidation and clear solution of knotty problems. He used moderation, being quiet but decisive in silencing an adversary, though his words were like a sharp sword-thrust in refuting a slanderer and protecting the high-road of guidance.


If there had been a prophet after Muhammad, al-Ghazali would have been the man.


Al-Ghazzaali, the imaam and shaykh, the prominent scholar, Hujjat al-Islam, the wonder of his time, Zayn al-Deem Abu Haamid Muhammad ibn Muhammad ibn Muhammad ibn Ahmad al-Toosi al-Shaafa’i al-Ghazzaali, the author of many books and one possessed of utter intelligence. He studied fiqh in his own town, then he moved to Nisapur in the company of a group of students. He stayed with the Imaam al-Haramayn and gained a deep knowledge of fiqh within a short period. He became well-versed in ‘ilm al-kalaam and debate, until he became the best of debater.

Abul Hassan Ali Nadwi primarily wrote in Arabic, although also in Urdu, and wrote more than fifty books on history, theology, and biography, and thousands of seminar papers, articles, and recorded speeches.[4][9] Most of his books in simple arabic come to fame by being taught in Al Azhar University.Books like 'Qisas ul nabieen'(Incidents of Prophets) and 'Al Qirat ur Rashida'(Best Literature) is being taught in most of the Islamic University. He also wrote a book " Sohbat-e- BaAhle Dil" based on Great Spiritual and Renowned Islamic Personality on Bhopal famously known as Peer Nanhe Mian Sahab". His 1950 book Maza Khasiral Alam be Inhitat al-Muslimeen (lit. What did the world lose with the decline of Muslims?), translated into English as Islam and the World, was largely responsible for popularizing the concept of "modern Jahiliyya", Expounding Mawdudi's views, Nadwi argued that Muslims were to be held accountable for their predicament, because they came to rely on alien, un-Islamic institutions borrowed from the West.

In 1951, during his second pilgrimage (Hajj) to Makkah the key-bearer of the Kaabah (Islam's holiest building), opened its door for two days and allowed Abul Hassan Ali Nadwi to take anyone he chose inside. He was subsequently given the key to the Kaabah to allow him to enter whenever he chose during his pilgrimage.[17]